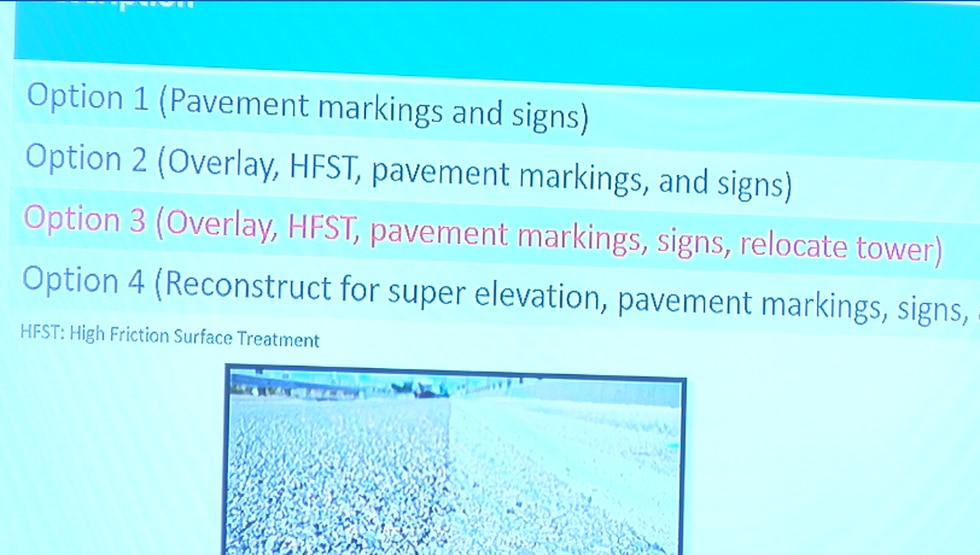 TYLER, Texas (KLTV) – A stretch of road in Tyler that has seen dozens of accidents is one step closer to finding a solution to improve safety. It is known as the Grand Boulevard Reverse Curve or “S” Curve and is located between Old Jacksonville Highway and Hollytree Drive in Tyler.

This afternoon, the Tyler Traffic Safety Board met to review the findings and recommendations on how to improve the safety of the S-Curve on Grande Boulevard. Cameron Williams, the city of Tyler’s traffic engineer, said last year he authorized the study.

“We laid out some of the crash information we found in the report and then the various options we evaluated, potentially recommending implementation to improve safety,” Williams said.

The study found that nearly 19,000 vehicles pass through the area daily. Eighty-five percent of drivers drive 45 mph or less, and from 2011 to 2020 there have been 57 crashes.

“We will consider adding signage, namely the LED chevron signs that light up as you go around the curve. And adding what’s called a high-friction surface treatment to the pavement that will help increase friction and create in those wet conditions when people go through that gives them more traction to minimize a lot of those accidents that we see.

Williams said they are also looking into the possibility of moving an Oncor tower to improve view visibility around the curve.

“Traveling west on Grande, especially if you’re unfamiliar with the area, all of your visual cues make it look like the road is going straight. And the tower obstructs some of your visibility to see that curve happen,” Williams said.

Concerns about speed limits have also been raised.

“But the biggest thing was the speed and especially those wet conditions and that’s where we see a lot of crashes happening. So improving the friction there,” he said.

No action was taken tonight. The next step will be to present this to the Half Cent Sales Tax Board to give them an opportunity to hear the information and then go to City Council for discussion and possible action afterwards. .

Raising the sales tax on oranges could bring new money to cities. Here’s how…