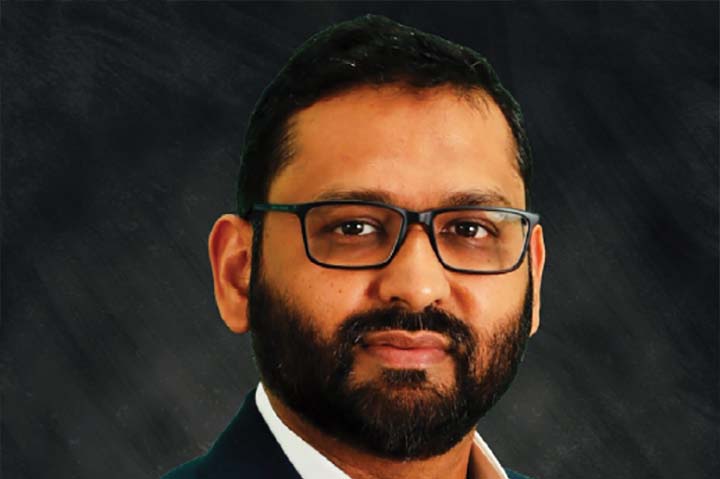 “Wait a second, what is a lanyard?” Amin Siddiqui asked on the phone. It was 2009 and his childhood friend Shamim Kabir was calling him with a proposal. Kabir owned a factory in China that made bags. It turned out that the straps on these bags were the same material used to make lanyards.

For Siddiqui, the time had come. He was already working as an engineer, he had just bought a house with his wife Romana, was starting a family and faced the reality of rapidly escalating expenses. And although he loved studying engineering when he came to the United States from Bangladesh for college, he found his heart was not in it. Instead, he found himself turning to entrepreneurship and business technology. Previous business opportunities hadn’t gone very far before he got Kabir’s call.

Of course, there was always that annoying business of discovering the meaning of a cord. Familiar with the product but not the term, a quick Google search brought Siddiqui up to speed. Two hundred dollars and an eBay account later, and he was in business.

It was from these humble beginnings that Siddiqui officially launched imprintID (asi/73651) in 2010 and built it into a successful vendor with 33% growth in 2021 and projected sales of $27 million this year. The rewards abound – a 4.7 star rating on ESPseveral years as a Counselor Distributor Choice Awards finalist and high marks in a recent ASI survey of today’s most trusted vendors.

Getting there, however, was anything but easy. In the early years, Siddiqui was still working full-time as an engineer and devoting his time to imprintID late at night. It was a barrage of 18 hour days. “A lot of the credit goes to my wife,” Siddiqui acknowledges. It wasn’t until 2012 that he quit his engineering career and directed all his professional endeavors to imprintID. “It wasn’t easy, but I savored every moment of it. I wouldn’t do otherwise,” he said. “It’s the best thing that ever happened to me.”

How did Siddiqui make imprintID stand out in a crowded market? He reduced overhead and constantly strived to improve quality. Top-notch customer service was a must, with the goal of answering the phone within three rings and responding to email inquiries within 30 minutes. Much of it was made possible by a close-knit team. In fact, almost everyone from those early years is still in the business. “Sometimes their dedication and commitment make me look bad,” remarks Siddiqui. “They are our extended family and made this possible – credit goes to each of them.”

Siddiqui’s knack for leveraging technology, stemming from his engineering background and methodical mind, was also a differentiating factor. “It was my interest 15 years ago: how can we automate a business instead of running it the old fashioned way?” he says. In 2015, for example, imprintID launched an ERP system that fully automates everything: illustration, approval, production and much more. Siddiqui says it would be impossible for a company of imprintID’s current size — 72 employees — to process its current load of 150 orders a day without such robust automation.

For seven years, imprintID has been one of Meg Diamond’s premier supplier partners. A “main catalyst” at Geiger (asi/202900), she praises the company’s smooth order flow as well as its ability to quickly produce virtual samples and deliver out-of-the-box solutions. “ImprintID provides this rare instance of quality, service, and reliable pricing all in one place,” says Diamond, who is based in Timonium, MD. “Amin and the imprintID team are the real thing and have continued to perform even over the past two tough years.” Diamond easily recommended imprintID to other Geiger colleagues and heard positive feedback about their experiences. “I guess Amin and his team will no longer be one of my best kept secrets to success!” She adds.

Despite the success, Siddiqui is not resting on his laurels. A very early pivot to PPE in 2020 led him to invest heavily in sublimation. Now, the company’s RayOm sublimation line (named after her young sons Rayyan and Omar) includes shirts, towels, socks and more; a high-end sportswear line comparable to Under Armor is set to launch this fall. Next year, imprintID will move into a new 60,000 square foot facility, the additional space of which will support the company’s planned goal to outsource 40% of its products by 2025. to China,” says Siddiqui, who is also looking at sourcing options in Mexico. With plans to double its number of employees over the next two years, Siddiqui is aiming for 2025 to become a top 40 supplier.

“We need to make sure we continue to improve our service, engagement and transparency to our distributors,” Siddiqui says in reference to the expected growth. “If it falls through the cracks, it’s going to come and haunt us.”

Cross! Our favorite wireless bra is on sale now