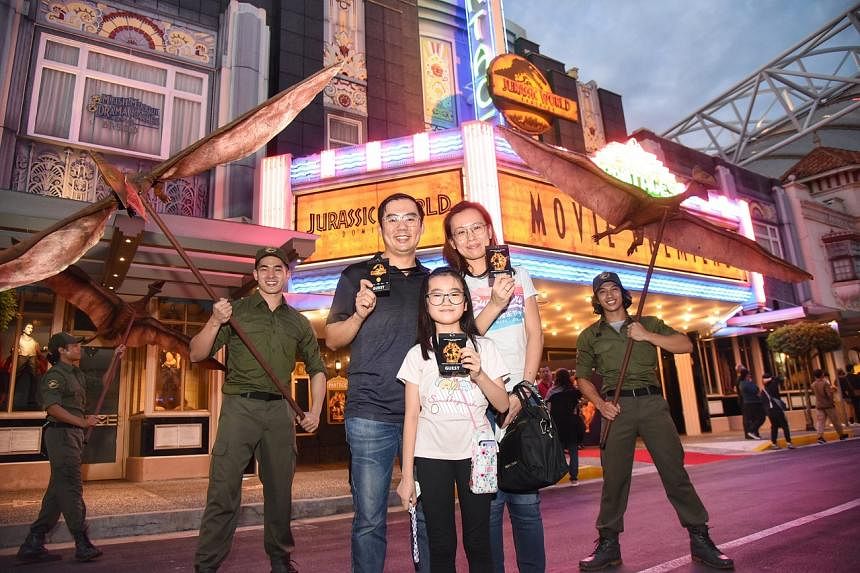 SINGAPORE — It was an enjoyable evening for five Straits Times subscribers, who each won four tickets to the June 3 premiere of Jurassic World Dominion.

The latest installment in the Jurassic World trilogy – which hits theaters on June 8 – screened at Universal Studios Singapore (USS).

In the film, Jurassic World (2015) stars Chris Pratt and Bryce Dallas Howard reprise their roles in a world where dinosaurs now live and hunt alongside humans.

Sales engineer Alvin Chia, 44, was already planning to take his 11-year-old daughter, Evelin, to watch the film during the school holidays as they had nabbed the previous titles. Seeing the competition online, he decided to try his luck.

The father-daughter duo found the most memorable part of the night was interacting with USS personnel, who paraded outside the cinema with dinosaur models, which created a backdrop of fun background for photos.

Ms Jacklyn Goh, 54, also said the photo shoot was her favorite part of the night. “The atmosphere was great,” she added.

The marketing manager went in place of her nephew who had won the tickets. She found the film extremely exciting and was happy to be among the first to see the show.

In addition to tickets to the Southeast Asia premiere for Jurassic World Dominion, the five subscribers also each won a one-day ticket and an express pass for the USS.