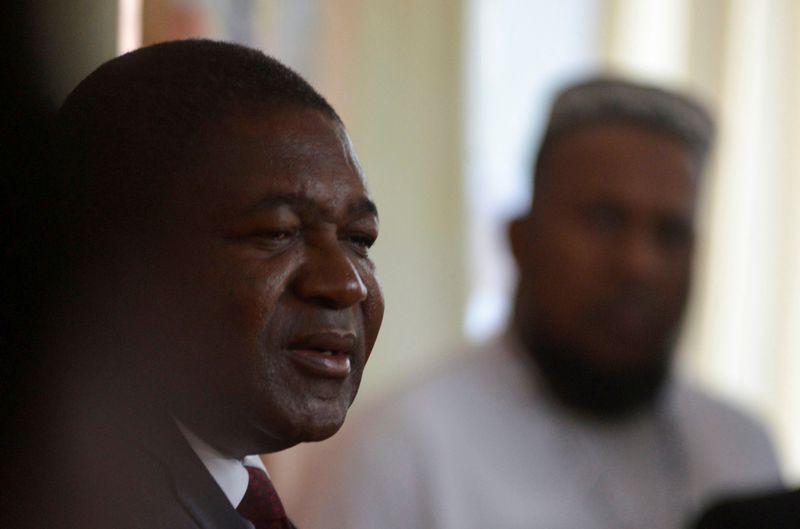 
JOHANNESBURG (Reuters) – A Lebanese shipbuilder at the center of a $ 2 billion debt scandal in Mozambique said he made payments to its current president and ruling party in 2014, but said it was of legal campaign donations, not bribes, according to a London court filing.

Privinvest said payments made to President Filipe Nyusi in the run-up to his election and to the Frelimo party were permitted under Mozambican law, according to the case filed Jan. 15 with the High Court in London.

The case concerns a series of tuna fishing, maritime security and shipbuilding projects for which Privinvest was the sole contractor and for which Mozambique borrowed $ 2 billion between 2013 and 2014, provided or arranged by banks including Credit Suisse. Nyusi was Minister of Defense when the projects were approved.

US officials say hundreds of millions of dollars have gone missing in what they have described as a front for a bribe and kickback program. The scandal prompted donors, including the International Monetary Fund, to suspend support for Mozambique, triggering a currency collapse and default in 2016.

Nyusi spokesman Caifadine Manasse denied the Mozambican leader had any connection to the scandal and said any campaign donation was legal.

“President Nyusi has no possible connection with the illegal debt,” Manasse told Reuters in response to questions about Privinvest’s court case.

“We calmly wait for the truth to come out, and it will show that neither Frelimo nor President Nyusi are involved in wrongdoing,” Manasse said.

The filing by Privinvest was part of its response to a legal action brought by Mozambique in 2019 against it, Credit Suisse and other defendants, seeking compensation and recovery of the loan funds. Mozambique also sued billionaire Privinvest owner Iskandar Safa later in the year, accusing him of fraud.

Privinvest and Safa have both denied the wrongdoing, while Credit Suisse filed a counterclaim in the London lawsuit, arguing that it was entitled to seek damages for the money owed to it.

Privinvest and Safa’s January 15 dossier indicates that Privinvest made campaign donations to Nyusi and the Frelimo party, but that “none of this was a counterpart for the projects” and that “no allegations of corruption” could not be done.

“If there had been such a conspiracy, President Nyusi (…) was fully aware of it and / or participated in it, and was indeed at the heart of the affairs of which the Republic is now complaining,” the file indicates.

Credit Suisse declined to comment on the London case.

U.S. prosecutors have filed a separate case in connection with the 2019 scandal, in which three Credit Suisse bankers pleaded guilty to charges, including conspiracy to violate anti-corruption laws. Credit Suisse said the defendants withheld their contacts from the bank. US authorities have also indicted a former Mozambican finance minister for his alleged role and are asking for his extradition from South Africa.

The United States was the first to lay charges in this case, and criminal and civil proceedings initiated by Mozambican authorities followed shortly thereafter.