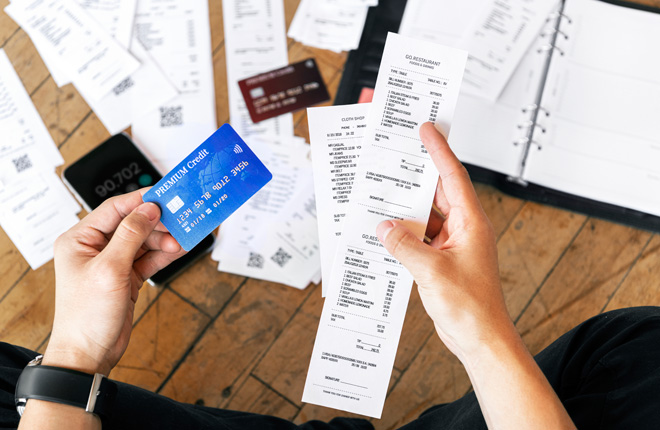 
Calgary, AB, March 2, 2020 – A survey conducted by Ipsos on behalf of MNP Ltd. helps identify some of the costly financial mistakes Canadians make that could be contributing to growing consumer debt problems across the country. Whether it’s making minimum payments or borrowing money they can’t afford to pay back, the poll found that more than half of Canadians (53%) admit to adopting what debt experts see it as risky financial behavior over the past year.

“Things like paying only the minimum balance, making impulse purchases, and taking on debt you can’t afford to pay off are risky behaviors because they can trap people in a never-ending cycle of debt that can be bad. almost impossible to get rid of, ”says Grant. Bazian, debt expert and chairman of MNP Ltd., the insolvency firm of the Canadian accounting and consulting firm MNP LLP.

Paying only the minimum debt balance was the most common risky behavior among Canadians last year. One in five (21%) said they only had the minimum balance on their credit card. While those across the country were to some extent guilty of this, residents of Saskatchewan and Manitoba (28%) and Alberta (26%) were the most likely to admit to having done so. People with children in the household (33%) were also more likely to make only minimum payments on their credit card. Just under fifteen percent (14%) of Canadians reported paying only the minimum balance on a line of credit last year.

“For some it may be out of recklessness or impulsiveness, but for others it is simply out of necessity. They just struggle to make ends meet and make questionable financial choices in a desperate attempt to stay afloat, ”says Bazian. Cash strapped, already in debt and struggling to navigate, about one in ten (12%) admitted to borrowing money they know they can’t afford to repay.

The second most common financial mistake among Canadians was being attracted to deals and specials (15%). 18-34 year olds are the most likely to be attracted to good deals (25%), as are households with children (20%). About one in ten said they spent money they shouldn’t have to “keep up with the Joneses” (11%), made a large purchase on credit without paying it back immediately (11%), or bought something on credit that does not require payment for a period of time (8%).

“A lack of financial literacy may explain why many engage in financially risky behaviors. Some deny their finances and live far beyond their means, while others do their best to get their debt under control but may not have the education or support to do so effectively, ”says Bazian. “Whatever the reason behind the behaviors, one of the major contributing factors is the appetite for quick cash without considering the longer term ramifications.”

It seems that 2 in 10 Canadians (18%) suffer the consequences of their money mistakes and have given up hope; they say they go never be debt free. Residents of the Atlantic provinces were most likely to have this pessimistic view of their finances (25%), followed by Ontarians (21%). Those in British Columbia (13%) and Quebec (12%) are the least likely to think they will never be debt free. Gen Xers and Baby Boomers (20%) were less optimistic than younger Canadians (12%), possibly due to years spent in debt and feeling that they don’t have time for them. refund.

Meanwhile, many Canadians believe they may one day get rid of their debt, but will still struggle for years to come. Half (50%) estimate that it will take them about 6 years and 10 months to repay their debts.

“A lot of people are desperate about their debt. They don’t want to ask for help, they are embarrassed, they feel like they are alone. And that makes the problem worse, ”Bazian explains.

About 3 in 10 Canadians (32%) are fortunate enough to say that they are currently living debt free. It is more common among Canadians 55 and older (41%) and 18 to 34 (33%). People aged 35 to 54 are the least likely to say they are currently living debt free (21%), possibly due to the financial obligations that many members of this age group have in terms of mortgage payments, d educating young children and saving for the future.

“Living debt free can be a reasonable goal for anyone, even the most heavily indebted. Licensed Insolvency Trustees can help anyone struggling with financial difficulties make the most informed choices about settling their debt, ”said Bazian.