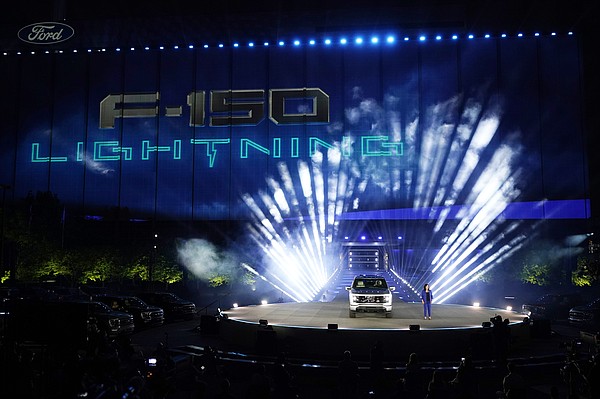 United Rental expects 120 of the trucks and 30 vans to be delivered and deployed this year as part of its goal to reduce its fleet’s greenhouse gas emissions by 35% by 2030, it said. the company last week. The vehicles will be used by customers at construction and industrial sites and by its own sales, service and delivery staff, the Connecticut company said.

Like other old-guard automakers, Ford has invested billions of dollars to quickly develop and produce its line of electric vehicles. Ford announced in March that it was splitting its electric vehicle and internal combustion operations into two independent wings to speed up its adaptation to new technologies.

Earlier this year, the Detroit automaker announced it would nearly double annual production of the F-150 Lightning to 150,000 per year based on strong bookings.

Ford’s heavy investments in electric vehicles – its own and others – have come at a cost. The company announced two weeks ago that it lost $3.1 billion in the first quarter, weighed down by its investment in electric vehicle startup Rivian. Sales were also reduced as a shortage of chips limited the supply of pickup trucks and SUVs in North America.