Australian AV Distribution Innovator Blustream has announced two new additions to its range of extenders: the HEX70HDUK-KIT and the CEX4K-KIT. The HEX70HDUK-KIT Multi-Format Extender Kit is an HDBaseT HDMI 2.0 4K 60Hz 4:4:4 (18Gbps) HDCP2.2 solution. It uses CSC technology to deliver HDMI, USB-C and DisplayPort over a single Cat. Meanwhile, the CEX4K-KIT enables 4K 60Hz 4:4:4 performance over a single coaxial cable.

“These two new extension solutions demonstrate Blustream’s commitment to enabling optimal performance in any type of installation,” said Martyn Shirley, general manager of Blustream. “With its enhanced features, the HEX70HDUK-KIT offers multi-format distribution…And we know retrofit projects often require the use of existing cables, so we designed the CEX4K-KIT to deliver 4K 60Hz UHD performance 4 :4:4 over coaxial cable.”

The Blustream HEX70HDUK-KIT supports UHD 4K 60Hz 4:4:4 video up to 131 feet and extends 1080p HDMI up to 230 feet over a single Cat. The unit’s increased flexibility includes support for multiple video formats. These include HDMI, DisplayPort and USB. Other advanced features include USB 2.0 extension (KVM), local HDMI input on HDBaseT receiver, web GUI for control and configuration, automatic display control, audio output and two-way IR transmission . The HEX70HDUK-KIT has an optional desktop housing. The design of this enclosure provides a secure solution for mounting the HEX70HDUK transmitter on a table or desk. Additionally, the solution is constructed from high-grade steel with a black brushed aluminum faceplate.

The Museum of Contemporary Art (MCA) in Chicago purchased two beautiful new pieces of equipment, and last summer acquired and installed a pair of DiGiCo S21 audio mixing consoles. DigiCo is the UK based manufacturer of digital mixing consoles for the live, theatre, broadcast and post-production industries.

Second City Sound & Communications (SCS) provided advice and purchase. Here, Gerry Formicola and Brad Galvin from SCS provided the integration. According to a statement, they worked with MCA’s production team.

“The museum has moved to a visitor model with people inside the museum and the theater, but much of what happens here is also available for streaming,” says MCA audiovisual manager Matthew Test. He adds that the MCA is simulcasting most in-person events. Thus, the S21 in the AV room gives them the “flexibility to create a unique mix for the virtual audience in addition to that of the S21 in the front of the house”.

Test then expands the search for the theater audio update. He says staff were looking for consoles that could easily network together and also offered versatility, flexibility and punchy sound. It also had to be small and compact to minimize the loss of seats at the front of the house. Also, he needed to move around easily and reconnect for other missions. The S21 ticked all of those boxes, says Test.

MCA’s production team discovered the S21 while watching a documentary about the hit musical “Hamilton.” The documentary mentioned the use of the DiGiCo console for its sound. “It led us down this path and we learned that the S21 was all a museum like MCA needed,” says Test. “It was affordable, but still very powerful and flexible, and had the added benefit of being able to be integrated into the museum’s existing LAN infrastructure.”

The S21s now reside in the museum’s Edlis Neeson Theater. The consoles are each associated with a DMI-Dante card for networking. Additionally, three DiGiCo A168 stage boxes also connect via Dante. A console now serves as the reception desk for the Neeson Theatre. It is also equipped with a DMI-AMM (Automatic Mic Mixing) card. The second console is in the theater audio/video control room. It mixes the streams of events and presentations from the venue. It can also be used for cue mixing work when needed.

As the theatre’s principal FOH engineer, AV technician Sam Clapp has his own reasons for liking the S21. “What I love most about the DiGiCo in general is how clean and easily understandable its user interfaces are, as well as how good they look – very sleek and attractive with touch screens cool,” he said. “Perfect for a contemporary art museum.”

Clapp points out that it uses virtually every feature of the S21. These include the built-in equalizer and compression. “And for someone who learned audio working on a DAW, it’s so easy to transition to.”

He adds that he regularly uses the FOH S21’s aux sends for live feeds when he’s not using the S21 in the video control room. Here, Clapp configures them to reflect the main FOH mix. He considers this approach more effective for certain types of shows. Conversely, Test likes to use the Dante network to pull the pre-fader inputs from the stageboxes to both boards simultaneously. He specifically notes that “they can still talk to each other, which is a nice feature for tracking gain.”

“We also use a group system to collect channels with similar EQ and compression needs, like portable mics and lavs, and they’re routed to the matrix, then sent to the LCR and sub-high stacks. speakers,” adds Clapp. “So there are a lot of flexible routing options. And also the ability to create presets and save them as starting points for different projects. It has worked well for many types of events, from small panels to large-scale shows. 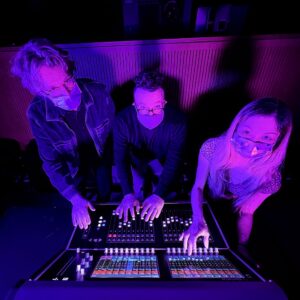 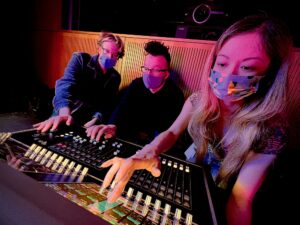 Audra Jacot’s domain at MCA’s Edlis Neeson Theater is primarily video, but even there she finds the S21 extremely useful. Every once in a while, when one of the consoles’ mixing engineers wanders off for a moment, she can step in easily and confidently.

“I can immediately see that if it’s purple it’s an auxiliary supply, and if it’s blue it’s an input,” says Jacot. “And if I’m nearby and someone needs the monitor level up or down, I can see which channel they need to adjust.” Jacot also praises the intuitive character and the look of the consoles. This prompts Test to add: “We are a contemporary art museum, so we have a reputation to uphold. Thanks, DiGiCo!

Planar introduces new members of the Mid-Atlantic and Canada team 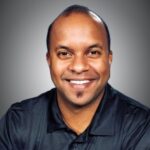 Bullock will manage the company’s sales efforts in Western Canada, including Alberta, British Columbia, Saskatchewan and Manitoba. It will also manage the Yukon, Nunavut and the Northwest Territories. According to a statement, he brings over 20 years of progressive IT and AV experience. This includes experience spanning banking, public sector, non-profit organizations and construction. He will work with Nick Hoxha, Account Manager for Eastern Canada, Will Holmer, Applications Engineer, Deborah Loo, Internal Account Manager, and Amber King, Senior Sales Manager. 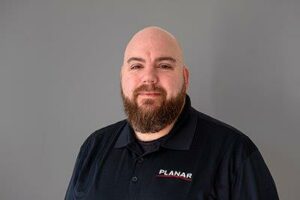 Beadenkopf joins Planar’s Mid-Atlantic team with nearly 24 years of sales and operations experience in the AV industry. He most recently served as Design Specialist for Renewal by Anderson and previously worked at Electronic Home Environments as Director of Operations, focusing on home technology solutions. 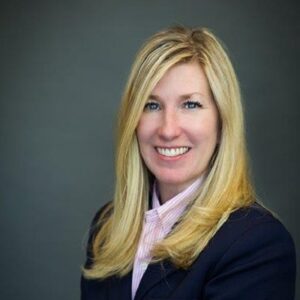 Planar also announced an expanded role for Senior Director of Sales, Amber King, to include the Mid-Atlantic region. She will oversee Planar’s sales efforts in Washington DC, Maryland and Virginia, in addition to continuing to manage New England, Upstate New York and Canada. According to the company, King brings more than 30 years of sales and management experience in the audiovisual industry.

Based in South Bend, Indiana LEA Professionaleminent in amplifier and system design, named Peter E. Schmitt (PES) as the newest independent representative firm in its network. PES provides a range of Pro Audio and AV sales, support, training and system services to the New York metropolitan area. It is widely respected as one of the most experienced representative firms in the United States.

“At PES, we strive to partner with brands that are innovative and forward-thinking and have a strong market strategy and product roadmap that are truly focused on end-user needs,” remarks Bryan Ottens, President of PES. “…When I researched the company, I saw that the pedigree of LEA’s staff comes with a long history of knowing what works and what doesn’t, which makes a young extremely savvy organization in the market. We see LEA being able to deliver innovative solutions that only those with this high level of expertise could provide.

“We are thrilled to welcome the PES team to the growing list of hardworking, high-profile representative companies for LEA,” said Scott Robbins, Vice President of Worldwide Sales for LEA Professional. He cites its team of professionals and its ability to serve the New York metropolitan area as a strength of the company. According to Robbins, the territory is “an area where we’ve seen huge demand for our technology in recent months.”

Save 30% on tracksuits, leggings and sneakers