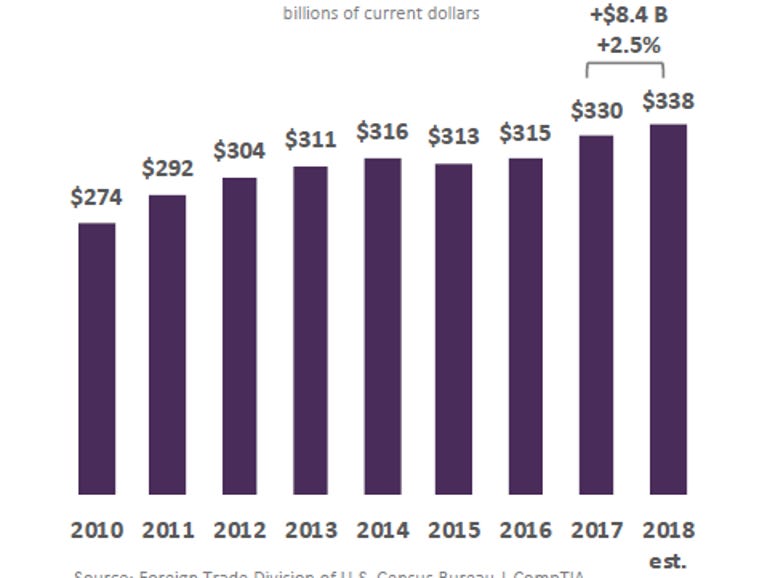 America’s largest tech product, services exports revolve around semiconductors, R&D and software as a service, according to CompTIA

This technological trade imbalance illustrates why the trade battle between the United States and China continues. The United States simply has less to lose than China. CompTIA said US tech products are exporting to China rose 3.9% in 2018 to $ 17.9 billion. Technology services exports to China from the United States amounted to $ 2.2 billion in 2017, the most recent year available.

In contrast, the United States imported $ 187.7 billion worth of technology products and services from China in 2017.

The CompTIA report is a high level view as the headlines are primarily focused on The United States opposes Huawei.

The big takeaway is that trade wars don’t translate into long-term tech jobs in the United States, according to CompTIA.

CompTIA said there are 858,000 jobs in the United States directly supported by technology exports overseas. Half of those jobs are in technological manufacturing.

Other things to note:

2. Technology services exports revolve around software as a service and research and development.

3. Trading partners in technology products and services are usually sets of different countries.